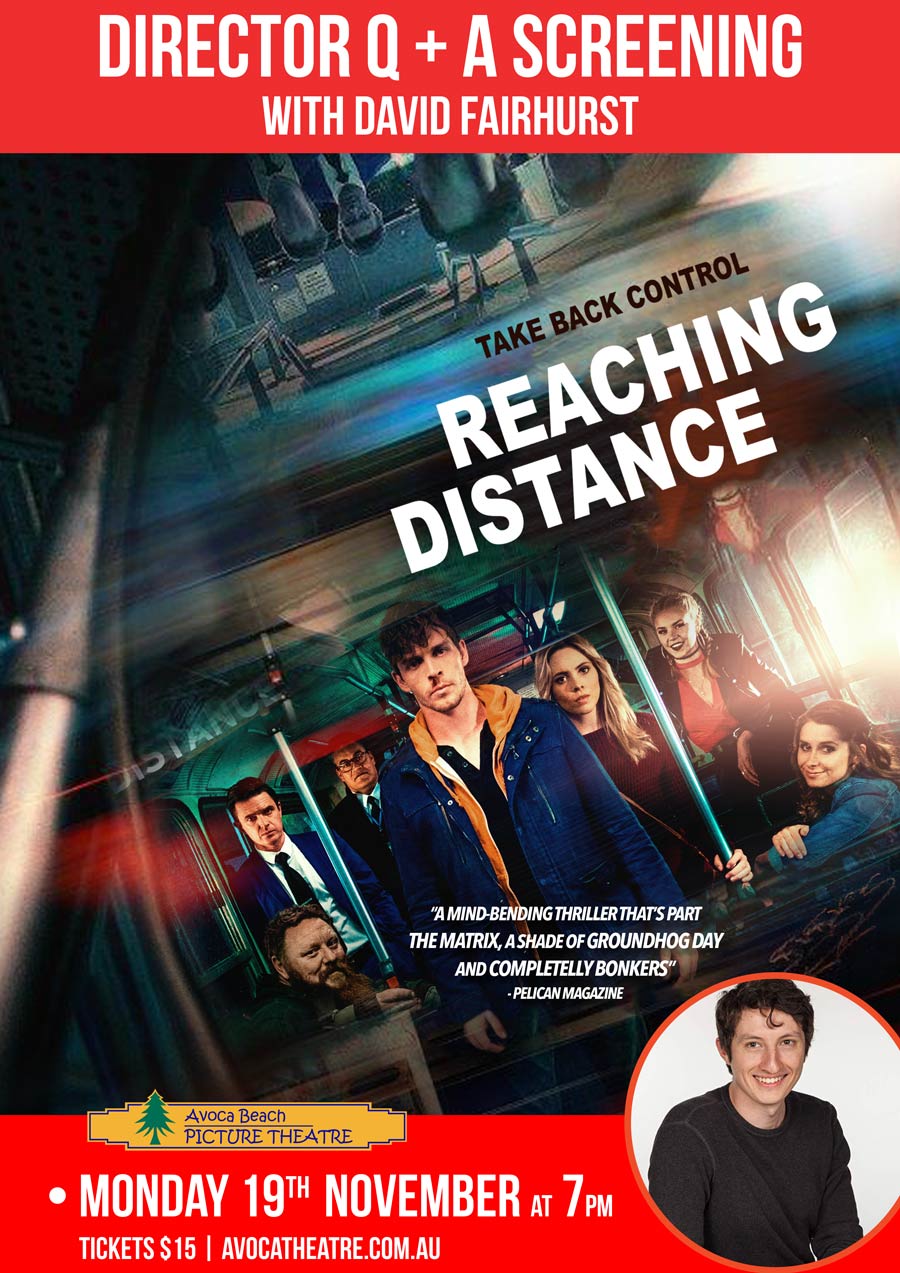 Get ready to bend your mind with this visually and narratively astounding new Australian indie.

“I had a period a few years ago where I was crewing unpaid on a film at night whilst simultaneously working retail in the day to stay afloat. Beyond exhausted, I never hallucinated but was instead struck by bouts of deja-vu so intense my hold on what was real and what was memory started to slip. The solution was simply to get more than a few hours of sleep a night but that time bore the core idea behind Reaching Distance. Three years later it’s finally finished.” – writer/director David Fairhurst.

With its mesmerising style that is both modern and of-the-past, Reaching Distance starts with a young man (Wade Briggs) waking up at the back of a night rider bus filled with odd sorts such as a middle age stiff (Matt Day), a wallflower (Tara Morice), a hobo (Eddie Baroo), a bickering couple (Morgan Griffin and Meyne Wyatt) and a bunch of young women out on the town. But hasn’t he met them all before?

Reaching Distance is an audacious feature debut from Fairhurst, pointing to a filmmaker well worth keeping your eye on. And you can, by coming along to this screening of the film followed by a Q&A with the filmmakers, including Central Coast based producer Kayne Taylor.